There are two parts to the human dilemma.

One is the belief that the end justifies the means, that push-button philosophy, that deliberate deafness to suffering, has become the monster in the war machine.

The other is the betrayal of the human spirit, the assertion of dogma that closes the mind and turns a nation, a civilization, into a regiment of ghosts, obedient ghosts or torched ghosts.

It’s said that science will dehumanise people, and turn them into numbers.

Look for yourself. This is the concentration camp and crematorium at Auschwitz. This is where people where turned into numbers.

When people believe that they have absolute knowledge with no test in reality, this is how they behave. This is what men do when they aspire to the knowledge of gods.

Science is a very human form of knowledge; we are always at the brink of the known, we always fell forward for what Is to be hoped.

Every judgment in science stands on the edge of error and is personal. Science is a tribute to what we can know, although we are fallible.

In the end the words were said by Oliver Cromwell: I beseech you, in the bowels of Christ, think it possible you may be mistaken.

I owe as a scientist to my friend Leo Szilard, I owe as a human being to the many members of my family who died here, to stand here as a survivor and a witness.

We have to cure ourselves of the itch for absolute knowledge and power. We have to close the distance between the push-button order and the human act.

We have to touch people. 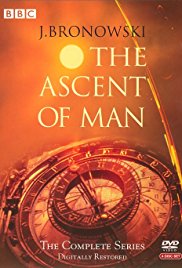